There’s nothing I enjoy more than doing something that makes me feel like a kid again. The Jack Frost Children’s Festival in Charlottetown, PEI was the perfect spot to have fun in the winter with my family! 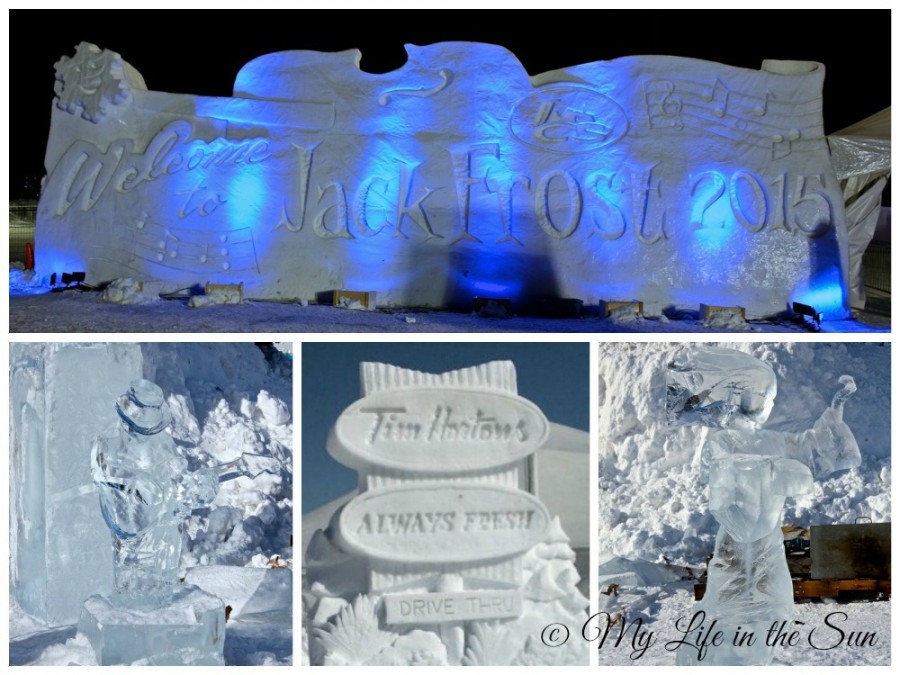 The were so many incredible pieces of snow art at the festival. Many were at least 15-20 feet tall! Some were made out of both ice and snow and there was even a Tim Horton’s drive through! There were also ice carvers making incredible ice sculptures too. Our absolute favourite part about the festival was the ice slides! 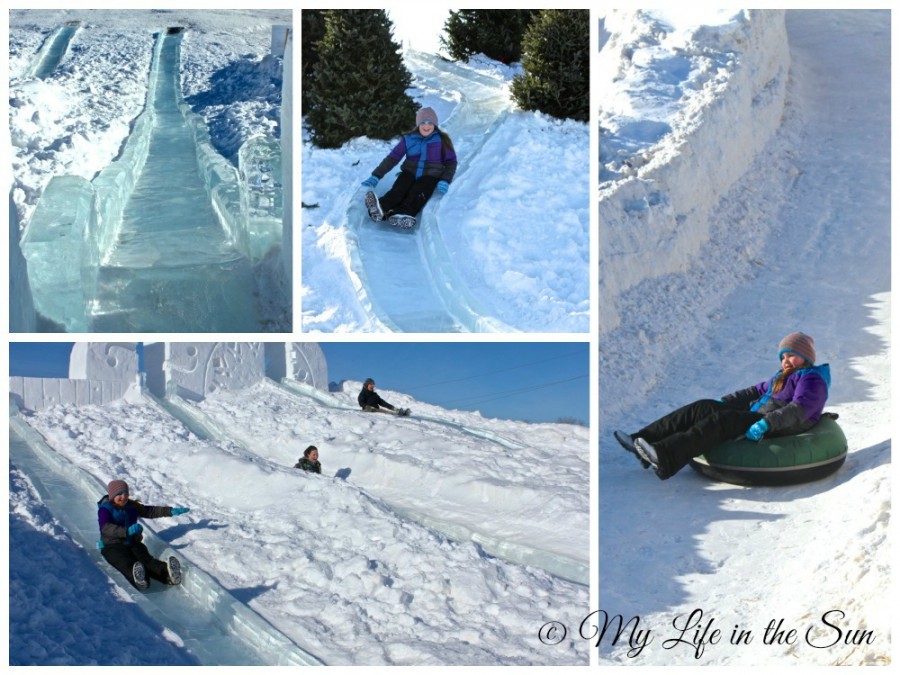 I’ve never seen anything like them. Long, twisting, really fast slides made completely from ice! They were so much fun I even had to try them! There were slides for kids of all sizes and ages. Other fun outdoor activities included snow tubing, sleigh rides, a skating rink, snow carving fun and some incredible entertainment! 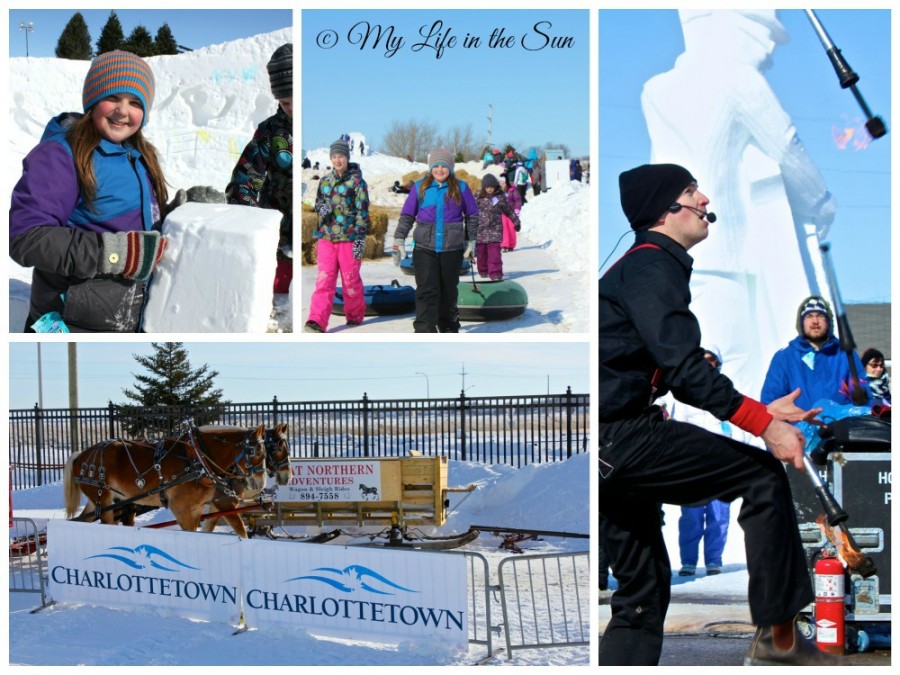 The Jack Frost Children’s Festival also had a whole indoor section with a petting zoo, Bricks for Kids, bouncy castles by Glow Parties, food, and more entertainment. The petting zoo was a hit with my kids, especially the baby piglets! 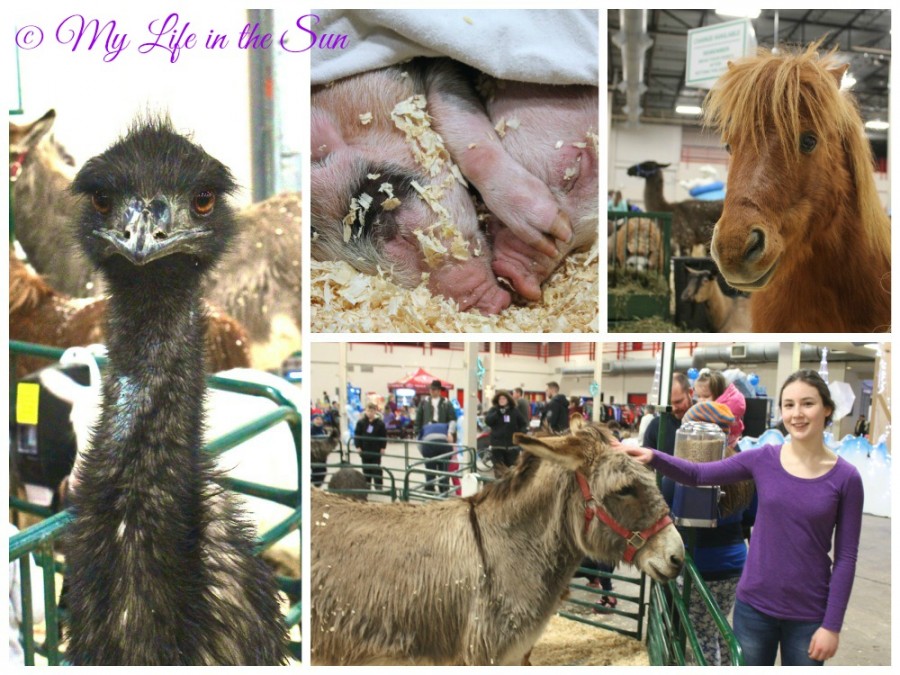 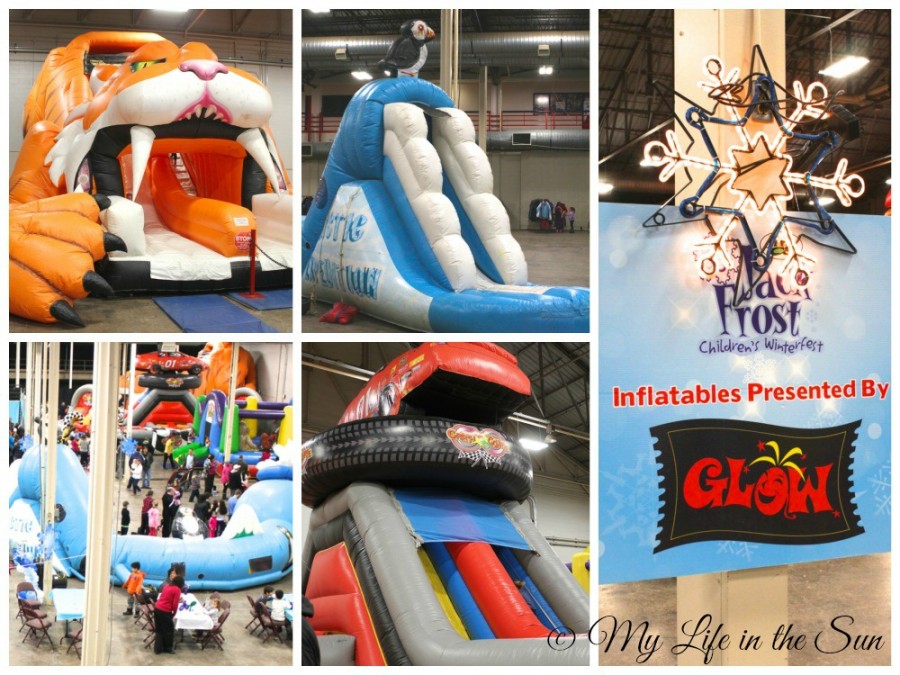 They enjoyed the bouncy castles for a while, but most of the indoor entertainment was geared towards the 10 and under crowd. My 12-year-old got bored pretty fast. If you have young children they would have loved the top act. The Imagination Movers put on an amazing show and had all the little ones in the crowd dancing along!

While we were at the Jack Frost Children’s Festival we stayed at the Holiday Inn Express & Suites in Charlottetown. We really enjoyed their pool and hot tub! There was even a shuttle from the hotel to both locations throughout both days.

Disclosure: I was given passes for the Jack Frost Children’s Festival, however all opinions are my own.