“Winds in the east, mist coming in. Like somethin’ is brewin’ and bout to begin. Can’t put me finger on what lies in store, But I fear what’s to happen all happened before”

Anyone who knows the Walt Disney movie, Mary Poppins, knows that this line opens the show. My daughters, mother-in-law and I had the opportunity to go see the musical Mary Poppins, put on by Neptune Theatre, in Halifax. We were blown away by the performance. 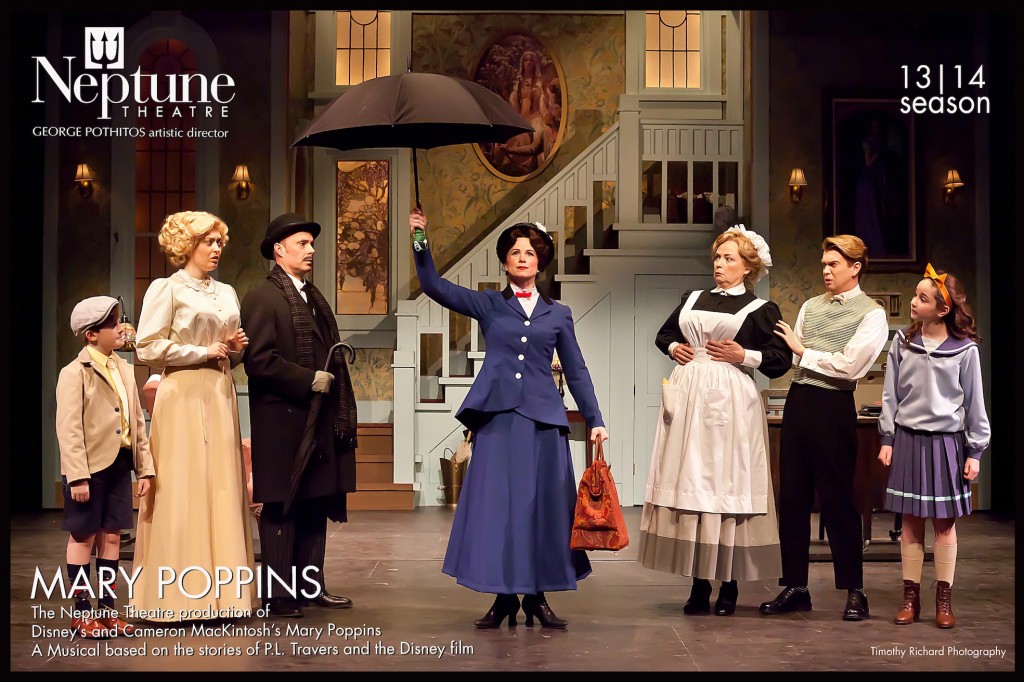 Neptune Theatre had some big shoes to fill, when they took on the story of Mary Poppins. I had my doubts at the beginning of the performance. I am a huge Disney fan, and Mary Poppins is one of my most cherished characters. She is so dear, to so many people, I wondered if this take on her story would be a disappointment.

Let me say with resounding conviction, Mary Poppins is alive at Neptune Theatre, and practically perfect in every way!

The backdrops in Neptune’s Mary Poppins were wonderful. They helped to magically create the rooftops of London, the kitchen, nursery and living room of 17 Cherry Tree Lane, the Park, a magical fantasy shop, statues that come alive, and the bank. That is a lot of scenery for one show! My daughters also loved the projected designs, surrounding the stage and the memorabilia for sale in the box office. You can actually buy a parrot umbrella! 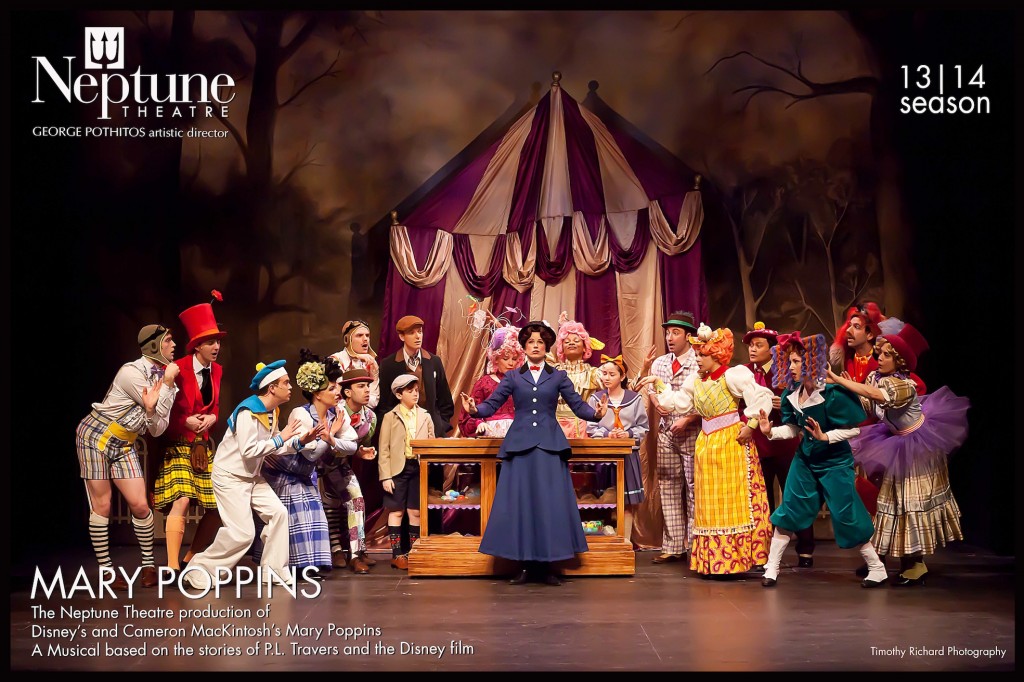 The costumes were wonderful. As you can see from the photo above, Mary Poppins outfit is just as it should be, right down to her hairdo, boots and parrot umbrella. The actors changed costumes often and they were full of colour and whimsy.

I would like to call attention to a few key performers:

Heather McGuigan was absolutely outstanding as Mary Poppins. She completely took over the character and her vocal abilities made Mary Poppins come alive. In my opinion, you simply cannot be Mary Poppins without having a voice that does justice to the performance of Julie Andrews.

Kyle Blair, as Bert, was gentle, kind, and loveable, in short very much the character originally performed by Dick Van Dyke. His performance was excellent.

Amariah Faulkner was a wonderful choice for Jane Banks. Her performance was a pleasure to watch and was every bit as good as the adult performances. She undoubtedly has a bright future in theatre.

I could list every character from the show, along with their contributions in making the show a success. The entire cast put on a stellar performance. The musical accompaniment was delightful and I really enjoyed the choreography of the dance scenes. 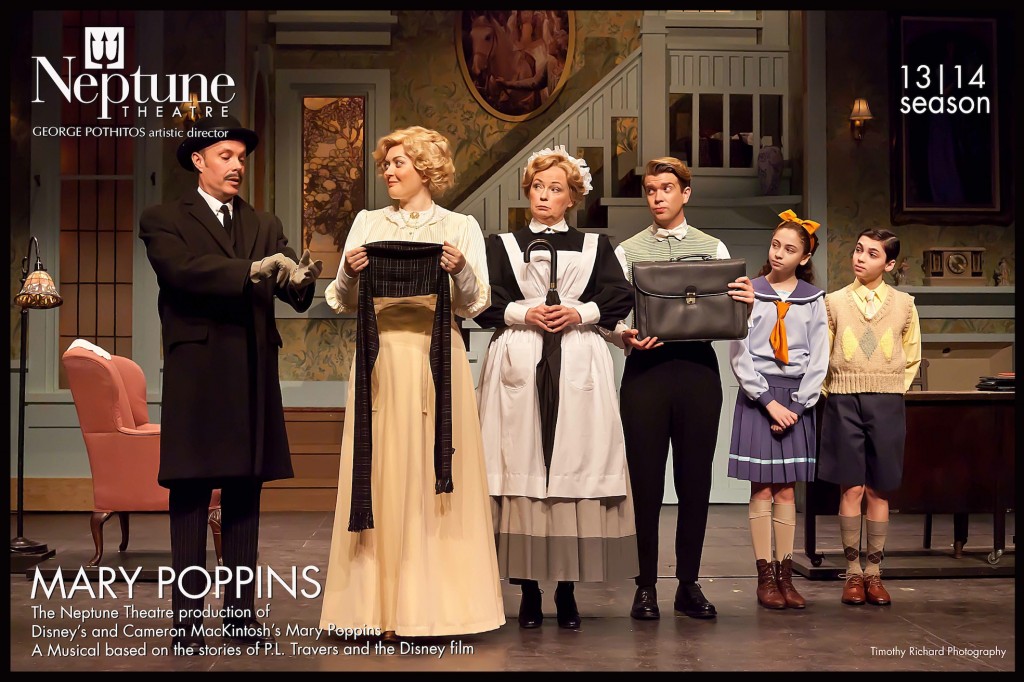 Do yourself a favour and go see this performance. It is a heartwarming story and you will find yourself singing the songs for days after, with a smile on your face!

Disclosure: I was given two tickets to Mary Poppins, with no requirement to write this review. I wrote it because I loved the show! My opinions, as always, are my own.