Just over six months ago I heard about Rehtaeh Parsons for the first time.  I was moved greatly by the story of her life. If you haven’t heard her story; Rehtaeh Parsons was raped at a party by four boys and then bullied relentlessly for 18 months until she took her own life on April 17, 2013, at the age of 17. 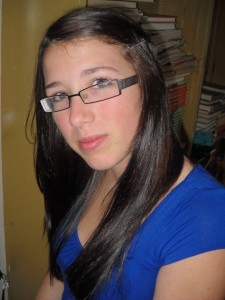 REHTAEH PARSONS WAS MY DAUGHTER is one of the first articles I read after hearing about Rehtaeh for the first time. It is written by her father, Glen Canning. I found myself unable to stop the tears from falling down my face as I sat in my chair at work. The article still brings me to tears today, and I can’t even begin to imagine how Glen Canning wrote it, only 3 days after his daughter was pronounced brain-dead and did not regain consciousness. I have two daughters. I had no idea how far bullying could go until I heard Rehtaeh’s story.

I was honored to hear Glen speak at Blissdom Canada, a conference I attended on social media, and also spoke on the phone with Glen today. Here are his thoughts (which I have paraphrased) on bullying, sexual assault and what needs to change:

1) There are many types of bullying. Do you think cyber bullying is becoming more harmful than other types?

Yes, because the perpetrator does not see the hurt they are causing the victim. They are acting anonymously, which makes them brave and more cruel than they might be in person.

2) How do you handle the continuous bullying that now happens to you and to Rehtaeh’s memory, even after your daughter took her own life?

It depends on the act. I received a death threat which I took to the police. I try to let the bullying bounce off of me. I think it’s pathetic. It doesn’t make me angry or upset, it just makes me feel sorry for the people doing it. They must not have a good life.

3) What is the significance of the opening of the new Sexual Assault Center at McGill University?

Should there be a center like this at every university?

Absolutely, make it a political issue. There should be one at every university.

4) Do we still need to take bullying more seriously? Are we as a society doing enough?

5) Do you think there is anything else we can do as parents to help our children learn how to recognize bullying and help stop bullying around them?

Teach children that its brave to stand up against bullying. The bystander mentality should never exist. We need to speak up and add a level of shame to bullying. People bully to get attention. If we shame them hopefully they will stop.

6) At what age do you think we should start talking to our children about sexual assault?

This is a personal decision for each family to make. I think that schools should talk about consent and where you draw the line. What physical contact is ok and what isn’t.

(I spoke to my daughter about this at home – she is in grade 6. She tells me they did cover consent when they talked about sexual education – I am happy to hear this)

7) Do you have any advice for parents who have a child, who was sexually assaulted? Where should they go to for help?

They should contact their local Sexual Assault Advocacy Center as soon as possible. They can help you communicate with the police and know what your rights are. Advocacy should be happening right away and it didn’t for us in Rehtaeh’s case. We didn’t know where to go and they didn’t find us until months after Rehtaeh’s death.

8) Is there anything else you would like to add?

I want to make sure that everyone knows how many people sent us kind words or helped us. As bad as the bullying has become in Nova Scotia, there any many, many good people willing to stand up against it.

I received some additional comments from Rehtaeh’s mom, Leah Parsons:

I would say that I receive message(s) daily from parents and the harassment their kids are receiving. Here is the main problem as I see it…the school just doesn’t take it serious or does not know what to do. The harasser’s parents and a person who is assigned to the schools to deal with bullying, need to address it ASAP. Make the child accountable and see what they can come up with to make the situation better. There is just no “concrete” plan and its so frustrating.

Leah Parsons, has entered the Aviva Community Fund Competition with her idea: a new youth center in Dartmouth, Nova Scotia, in Rehtaeh’s memory. The center will be “a safe haven for youth who may feel judged, rejected, or lost in the midst various forms of abuse”

Please go to the page for the RAE OF LIGHT CENTER and vote now. Round 1 of the competition ends on October 14th. They need every vote they can get to make it to the next round. Anyone in Canada can vote.

All of us have the opportunity to make change in this world. A good place to start is by helping to support the opening of more places, like the Rae of Light Center, where teens can find the help they need. A place where they can feel safe and loved. Please help me in supporting the Rae of Light Center by Voting NOW and every day from now. When this competition is over, don’t stop there. Find other ways to honor Rehtaeh Parsons and other people suffering from bullying, sexual assault and rape. Just do SOMETHING.

If you want to help with the Rae of Light Center directly contact them though their FACEBOOK PAGE.

« Fall Traditions & Getaways
How many family activities can you do in Vancouver in 3 Days? A lot! »