I am a huge Disney fan so stepping onto the Disney Magic cruise ship was a dream come true for me. It was my first time on any of the Disney ships and it did not disappoint. 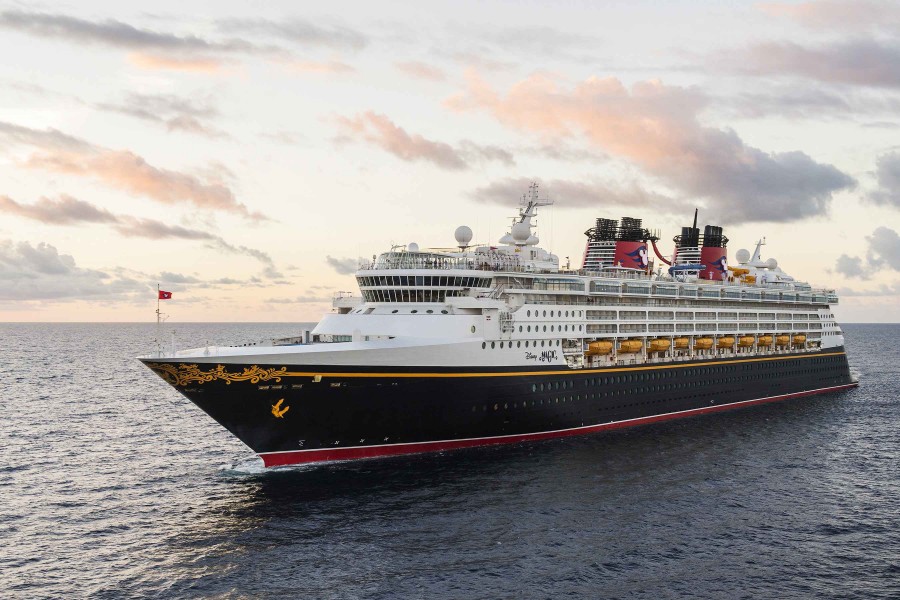 The magic was there from the beginning, even if I didn’t get to meet Mickey in person.

The first thing I noticed, when I stepped onto the deck, was the beautiful wood flooring and handrails. I immediately felt like I was on a traditional ocean liner. It’s all about the details with the Disney company. That’s what creates the magic. Every room and experience is themed, so you feel immersed in the magic. Your worries disappear as soon as you’re on board. 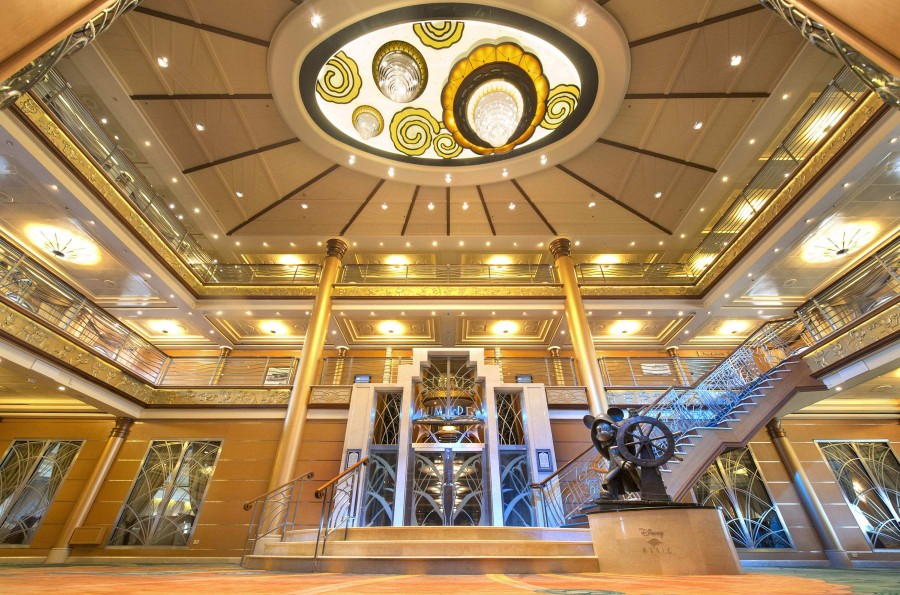 We had lunch in Lumières restaurant. You can probably guess what movie this restaurant was themed on! We had no fewer than four waiters serving our table. Everything we tasted was perfect. I enjoyed an appetizer sampler, swordfish with corn and beans and a dessert sampler. The creme brulé was one of the best I’ve ever had.

My children were really excited to learn about the kids play area’s. They have an awesome experience called    Marvel’s Avengers Academy. There is a screen that kids stand in front of and they see themselves dressed up as Iron Man and when the child moves, so does the image on the screen. The rooms were huge and had different areas with computers, movie screens, playgrounds, art areas, games and so much more. The room we saw was about to have a hawaiian luau when we visited. 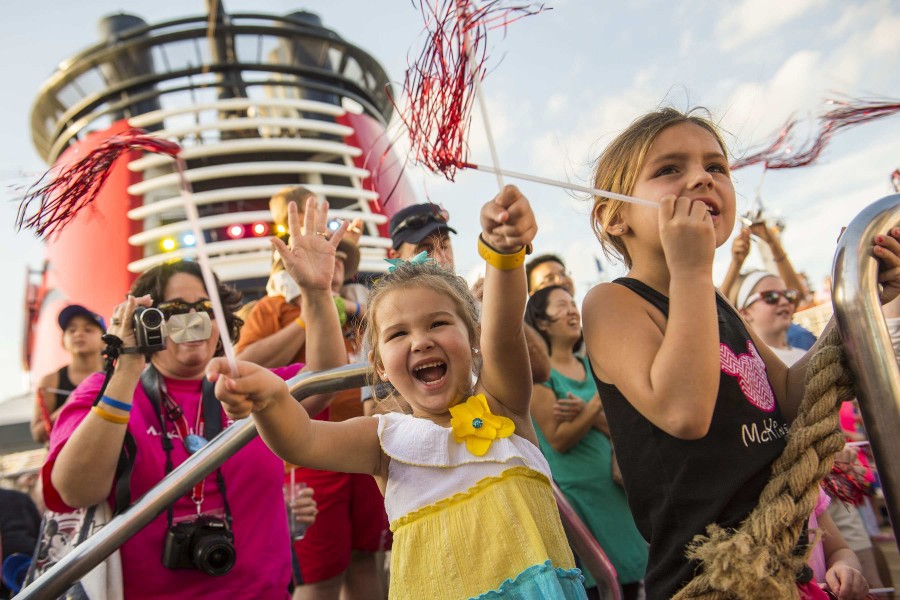 There is so much for kids to do on board Disney Cruises! There are pirate themed deck parties, fireworks, character meet and greets, a movie screen you can watch from the pool, and Frozen is coming to the Disney Cruise Line this summer! If that wasn’t enough there is a special Star Wars Day at sea coming this fall to eight sailings. 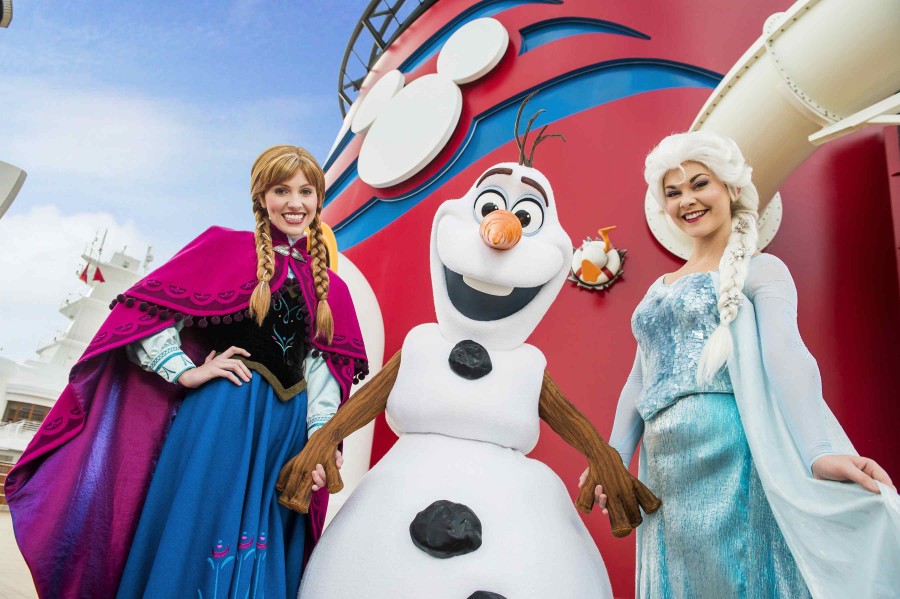 One of the things I would look forward to the most on the Disney Magic is the Broadway style theatre productions. In November, Tangled the Musical is coming to Disney Cruise Lines and it’s the first time the story has been adapted for theatre. 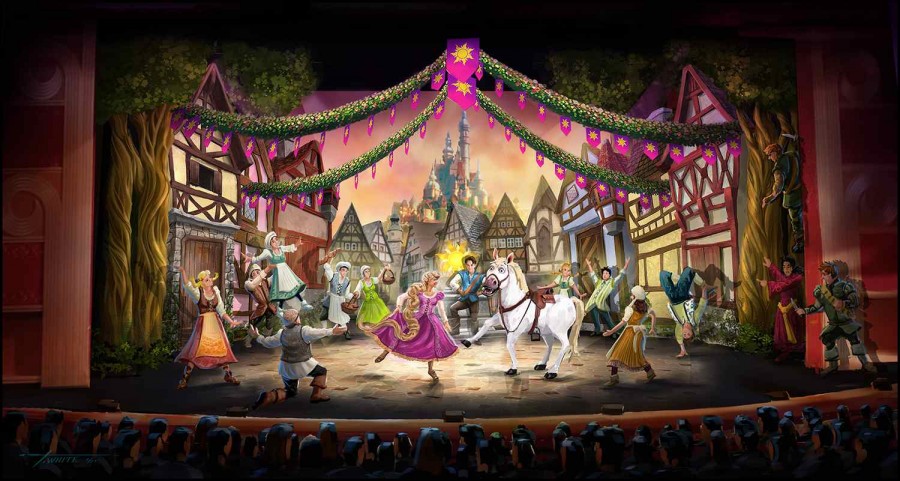 I couldn’t talk about Disney Cruises without mentioning the awesome watersides and pools on board. The Magic has two watersides: the AquaDunk is a thrilling enclosed 3 story high body slide that takes you 20 feet over the edge of the ship and the AquaLab is a water park with a double loop water slide, a fresh water pool, geysers and more! 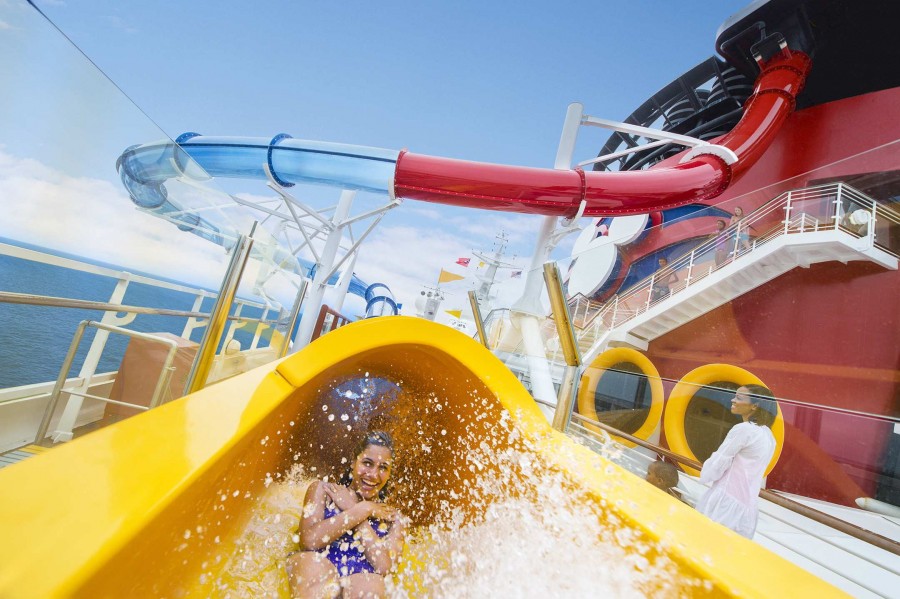 I can’t wait to take my family on board some day!